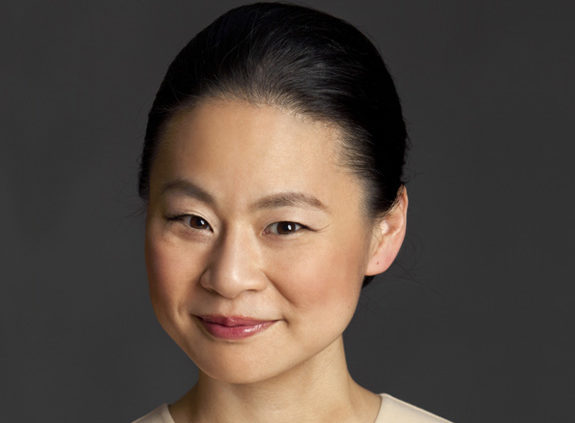 I hope the uncertain situation we are living under has not impacted us in only negative ways. While I find the current circumstances to be challenging, I am doing my best to protect myself and others, to be as productive as possible, and to participate consciously in my community.

Much of our attention is inevitably drawn to the repercussions of COVID; yet there are other events, both positive and negative, taking place in the world, including circumstances that cry out for our attention such as the long-term effects of global warming, for example, and the historical and more recent inequalities in communities that hinder progress and cast a shadow over our achievements.

In the last few months, my style of living, like that of so many others, has been forced to change drastically–or at least has been put on hold–which has given me many moments for reflection and re-evaluation. I have also had the time to tackle – and in some cases complete – projects that in my pre-pandemic life precluded my attention. I hope some of the fruits of this period will be ready to bloom once the pandemic, or the worst effects of the pandemic, are behind us.

Let us keep alive the determination to work towards our future. We must persevere to find meaning in the new norm and in the recent past. In the midst of all this, I am thankful for those who  give of themselves tirelessly to keep us safe, remind us that the time we have lost has been neither wasted nor unmeaningful, and appeal to us all to play our parts in shaping the world to come. 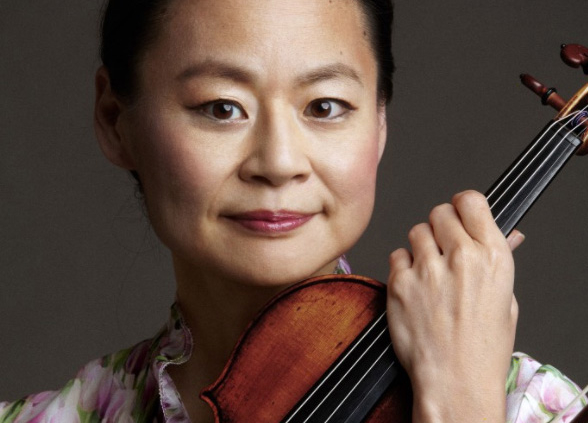 Midori joined conductor Miguel Harth-Bedoya for an online Conversation on Life and Music as part of his Conducting Institute.
Seventy participants from the United States, Europe, South America and Asia took part and were able to ask questions after the initial conversation on wide-ranging subjects including Midori’s experience of working with the Maestro Leonard Bernstein, the importance of music, inspirations in everyday life, music advocacy, efficient practicing and her violin, bows and shoulder rest.

In this time of great uncertainty and continuing unnerving news, I write to you from New York, where I have been sheltering-in-place for close to a month.

We are confronted daily by insurmountable news that assaults our psyches and corrodes our confidence in the world and in ourselves. Our thoughts go out to the medical personnel who, along with the heavily afflicted, are the warriors of this pandemic. We want them to know that we care and are concerned for their wellbeing, as we are about the many who have lost their jobs and their livelihoods. Our sympathy goes out to the families and friends of those who have lost their lives to this virus.

It is indeed a very strange feeling to be trapped and confronted by an invisible enemy. As I advocate good essential habits of Staying Put, Washing Hands Thoroughly, and Social Distancing, I also wonder how sane I can continue to be, my lifestyle having changed so drastically and so suddenly, without much time to prepare psychologically or physically.

Nevertheless, I keep on practicing and playing music at home. For one day, we will surely enter a period of recovery. And at that time — whether for a child, an elderly or a bereaved person, for someone feeling neglected, lonely or despondent – or for someone who has recovered from the virus — I want to be ready, when they are, to play for them music forged in the souls of fellow human beings, music that has survived the tests of past historical atrocities. 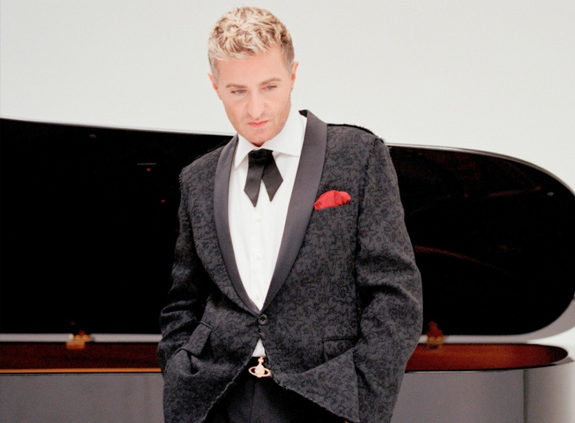 Following recitals in the US and Europe in 2019 with sonatas by Schumann, Fauré, Debussy and Enescu, Midori and pianist Yean-Yves Thibaudet continued their partnership in 2020 with all-Beethoven sonata programs across the United States in celebration of the 250th anniversary of the composer’s birth.
Their coast-to-coast tour culminated in California, where they performed the complete Beethoven violin sonatas cycle over three concerts at Costa Mesa’s Renée and Henry Segerstrom Concert Hall.

As a United Nations Messenger of Peace since 2007, Midori has strongly supported the organization’s 17 Sustainable Development Goals, adopted by all UN Member States in 2015 as part of a 2030 Agenda for Sustainable Development, which set out a 15-year plan to achieve the Goals.
With just 10 years to go, an ambitious global effort is underway to deliver the 2030 promise by mobilizing more governments, civil society, businesses and calling on all people to make the Global Goals their own.
Midori appears on a newly-released postcard to promote the Decade of Action.

In December 2019, Midori was joined by violinist Elina Buksha, violist Erika Gray and cellist Noémie Raymond-Friset for the latest instalment of the International Community Engagement Program (ICEP). Read about the participants This season’s ICEP took place in Cambodia, the site of an earlier ICEP 12 years ago.
Midori, Elina, Erica and Noémie met in Phnom Penh to rehearse before starting their two-week program of visits in Phnom Penh, Siem Reap and Battambang to hospitals, hospices and other medical facilities as well as to schools, support organizations for people with disabilities, with HIV and others who are victims of or at risk of rape, human trafficking and prostitution.
They also participated in cultural exchanges at the University of Fine Arts Department of Music with shared performances and discussions of their respective art forms, outreach activities and more.
The ICEP participants will reunite in June 2020 for the second part of each ICEP season, when they visit institutions in Japan, report on their experiences in the December ICEP country and perform a few public concerts.
For a more detailed account of the 2019 Cambodia ICEP, including links to many of the institutions they visited, please read the blog posted by the participants.

As she has done since 2006, Midori ends her calendar year with the International Community Engagement Program (ICEP) of her Japanese foundation MUSIC SHARING. While Christmas is being celebrated in many western countries at the end of December, the violinist and UN Messenger of Peace forms a quartet with three young musicians – this year Elina Buksha (violin), Erika Gray (viola) and Noémie Raymond-Friset (cello) – to share their music in Cambodia in an exchange with the local culture, especially with marginalized children and young people in disadvantaged areas of the country.
Since 2016, Midori and her young musician colleagues have maintained a MUSIC SHARING ICEP blog in which they relay their impressions. There you will also find biographies of the participating musicians and general information about the program and the foundation.
For videos from previous ICEP visits, please look on MUSIC SHARING’s YouTube channel . 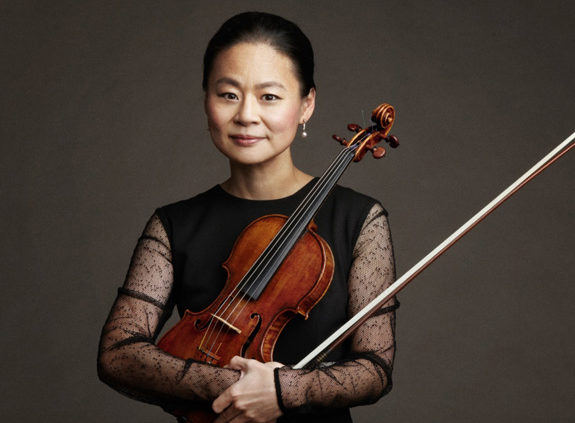 The Brahms Society Schleswig-Holstein announced on Thursday, November 21, 2019 in Heide, that it has awarded Midori the Brahms Prize 2020. The award ceremony will take place on 3 May 2020 in St. Bartholomew’s Church in Wesselburen.

In an excerpt from the Brahms Society’s statement:
The Brahms Society honors an outstanding violinist and proven Brahms interpreter, one of the most impressive personalities in the music world. The famous artist is honored for her internationally acclaimed interpretations of the works of Johannes Brahms as well as for her great support of the next generation of artists and special commitment in the spirit of humanity for cultural projects.

Here you can find the Brahms Society’s statement (in German).

Midori has been appointed to one of The Curtis Institute of Music’s named faculty chairs. She now holds the Dorothy Richard Starling Chair in Violin Studies, previously held by Aaron Rosand.  Midori joined the faculty in 2018.
You can read the official announcement here. 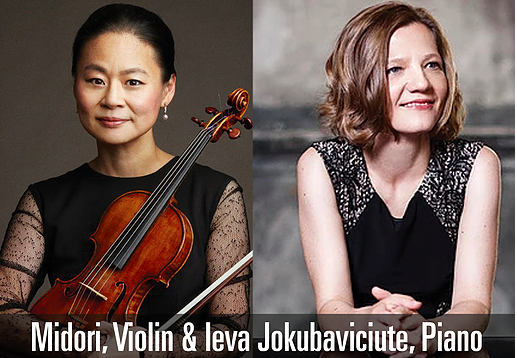 On September 20 and 22, Midori and pianist Ieva Jokubaviciute performed recitals in Harrisburg, Pennsylvania and Ridgecrest, California as part of Midori’s non-profit organization Partners in Performance.
Since its founding in 2003, Partners in Performance has co-sponsored over three dozen chamber music programs throughout the United States with the goal of stimulating interest in classical music in smaller communities.
This year’s PiP recital repertoire includes works by Brahms, Fauré and Debussy.

Midori has been honored as a Great Immigrant by Carnegie Corporation of New York on America’s Independence Day.
Every year since 2006, on the Fourth of July, Carnegie Corporation honors the legacy of its founder, Andrew Carnegie, by recognizing a group of extraordinary men and women – naturalized citizens of the United States – who have made notable contributions to the progress of American society by enriching its communities and culture, strengthening its economy and invigorating its democracy.
Scottish immigrant Andrew Carnegie rose out of poverty to become one of the greatest contributors to American industry and philanthropy. Carnegie believed that the infusion of talent that immigrants bring to America keeps its society vibrant, a view that is borne out by the accomplishments of the nearly 600 individuals honored through the initiative to date.
Midori was one of thirty eight Great Immigrants honored in 2019.
Read about the Great Immigrant Program